That's where having Mass native ANdy Boschetto , who is well connected to College Hockey in the Bahston Providence area on your staff. Great additions for the future.
Top

I have to give a " shout out" to Coach Lammers. I recently received personal phone call from Coach thanking me for my continued support of the program. ( It was not a huge amount.) He is guardedly optimistic for the season.This type of thoughtfulness says a lot about the Individual and the type of program that he trying to establish at NU.
Top 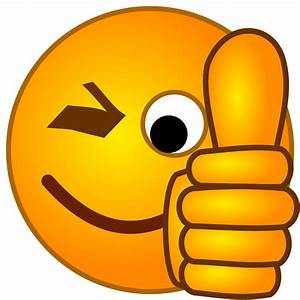 Joseph Mysak, of the Austin Bruins, has committed. Not sure if it is for next year or a following year.
Top

“Mysak will finish up his final year of junior eligibility with the Bruins before starting his collegiate career in 2020-21 with Niagara next fall. “
https://www.oursportscentral.com/servic ... /n-5582940 Coach Lammers is doing a great job! The NAHL is a great league to recruit for NCAA hockey. The NA has older kids and is tough, physical league with plenty of speed and skill!
Top

If you go to Chris Heisenberg's college hockey recruiting site you will find many, many schools are more active in recruiting.
Does this underscore a bigger problem in NU hockey?
Is there another explanation?

Next up is a college degree for the rising prospect — and he hopes a lot more hockey.

Gorscak announced Wednesday he will continue his career at Niagara, a Division I program in New York.

He said he will begin classes in 2021 but, “That could change.” The talented forward currently is playing his third season in the NAHL with the Johnstown Tomahawks.

“(Niagara) got to watch me … starting with the USA (National Team Development Program) this year and they followed me through the year so far,” Gorscak said.

He played four years with the Esmark Stars of the NAPHL before arriving in Johnstown.

“My goal was to try to use hockey as a way to get an education and become a better person and student,” Gorscak said. “Hopefully, this will give me an opportunity to play professional hockey one day.”

Gorscak has 19 goals and 29 assists so far in two-plus seasons with Johnstown, which currently is in season.


MIDDLETOWN – Just days after signing a tender contract in late May to return to the New Jersey Titans for the 2019-2020 season, Matt Cameron announced his commitment to NCAA Division I Niagara University.

Cameron, A Berwyn, Pennsylvania native who played his youth hockey with the North Jersey Avalanche, will report to the Purple Eagles for the 2020-21 season.

Cameron scored 22 goals and assisted on 16 more in his first season with the Titans, helping the organization to a 2017-18 Robertson Cup Playoffs appearance.

Prior to committing to Niagara, Cameron was previously committed to Rennselaer Polytechnic Institute in 2017. His younger brother Michael announced his commitment to the University of Massachusetts in January.


North Jersey Avs@NJ_Avalanche
Huge congrats to U16 forward Michael Cameron on his commitment to UMASS. Great speed, plays hard and smart. Can shoot it a ton. Great teammate and person. #avsfam #strengthinnumbers

In 55 USHL games – 13 with the Sioux Falls Stampede and 42 with the Waterloo Black Hawks – Cameron logged 16 points on five goals and 11 assists.

Titans Head Coach and General Manager, Craig Doremus, said Cameron’s return to Middletown is one he anticipates will help fortify the culture he and his coaching staff began instilling in this organization when he took the reins in 2016-17.

“What’s exciting to me is when we came on board three years ago we talked about an organizational culture. What we have with a guy like Matt is a player who advanced to the USHL, and now wants to come back. I think it’s such a credit to all the people in the building, the staff, the players, the type of family and type of tradition we’re building here. Matt was around our team throughout the playoffs. He stayed in touch with the staff and players throughout the year. You saw he has a passion for more than just hockey. He cares about being a Titan. He wants to be a Titan. And that desire is going to have an impact on the rest of our team, and this community,” Doremus said.

The winger was on hand at the Titans pre-NAHL Draft camp May 30-June 2, an appearance Doremus said speaks volumes about Cameron as an organizational leader.

“When you talk about people of that quality and hockey players of that quality who want to be a part of your program, to me, that’s when you have the start of something special,” Doremus added. “I don’t want to sit here and say that we don’t want players to go to the USHL and advance their careers, because we certainly do. But I think that the most important part of it is taking pride in what our program is about. And that’s not just the 60 game season and the practices. It’s more about the entire picture on and off the ice. Being ingrained in the community and having relationships with fans and billet families, and taking pride in it.”

“Matt sat here at camp and helped fill water bottles, moved pucks around, did nothing ‘on the ice.’ But I think he’s enhanced [the camp]. And you have guys like Jake LaRusso and Gavin Gulash who have been here, even a kid like Jimmy Dowd comes back and he’s been around the camp with us. Tyler Antonucci our former captain is here, Ryan Wheeler’s here. When you talk about having these guys take time out of their own lives to come back and just see and meet people and connect with the future Titans, I think that’s so special. That’s something that I know we’ve taken pride in and we’ve talked about a lot, but to see it start to come to fruition is really gratifying.”

We need some skilled offensive players that can put the puck in the net.

Unfortunately, the typical recruit will still sign with one of the other "major" leagues, but the gap is slowly narrowing for the AHA schools with the advent of full scholarships.
Top

It is very concerning to see only 2 players on that list with one a possible 2021 recruit. Most other schools have a full complement of recruits. This list may not include foreign recruits and Niagara has delved into that route recently with success. As for skilled offensive players, the ones still out there may not be fast or quick enough to play at the D1 level. I would like to see them recruit exceptionally fast skaters. You can't teach speed but you can teach playmaking skills to an extent. At least with speed you can develop a penalty kill player and a forechecker with relative ease.
Top
Post Reply
286 posts