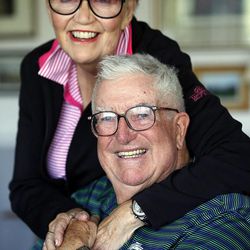 The 30th anniversary class, composed of local sports legends, will be introduced in a series of live shows that will be broadcast 10 to 11 a.m. on four consecutive Saturdays beginning Oct. 31. Howard Simon will be the host.

There is no in-person Hall of Fame induction banquet this year because of the Covid-19 pandemic. Induction of living Hall of Fame candidates won't be until 2021.

“Our board has spent the past six months working on this year’s class and I believe the sports fans of Western New York will be excited about the inductees," Merkle said. "Without an in-person ceremony, we made the decision to induct 12 deceased members from the Greater Buffalo sports community.”

Three Hall of Fame members will be inducted each Saturday. Also, the Buffalo Bisons hockey franchise, which ceased operations in 1970 after winning the American Hockey League Calder Cup and the founding of the NHL Sabres, will be saluted on the final show, Nov. 21.

Re: Buffalo Hall of Fame and Frank Layden